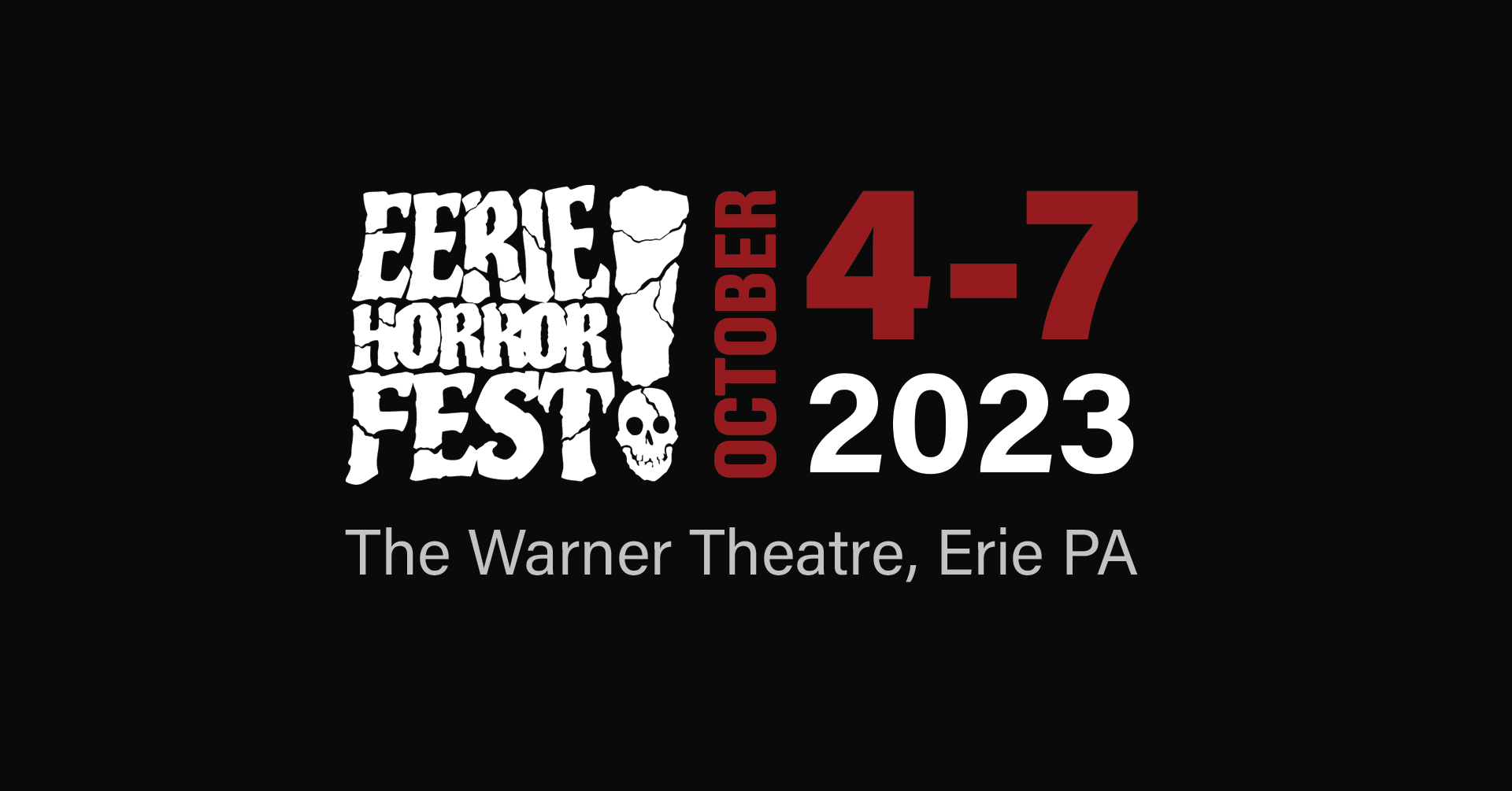 The Eerie Horror Fest is now accepting submissions for the 2023 festival, to be held October 4-7 in Erie, Pennsylvania at the historic Warner Theatre.

Films and Pitch materials can be submitted until the late deadline July 31, 2023 via FilmFreeway.com/EerieHorrorFest, the international standard for accredited film festivals.

Each selected feature film and pitch competition project will receive hotel accommodations for the duration of the festival (1 free room per film/project). Pitch Competition finalists must attend, in person, to present their project to our industry panel of judges.

Films that spend 60% or more of their budget in Erie and/or Crawford Counties in Northwestern Pennsylvania are eligible to receive a fee waiver. Projects must be registered with the Greater Erie Film Office prior to submission to receive the waiver code. Contact us for details.

Each selected feature film and pitch competition project will receive hotel accommodations for the duration of the festival (1 free room per film/project).

BEST OF THE FEST – $1,000 cash awarded to best Feature or Short Narrative or Documentary film. Plus a “Skullie” award designed by “Monster” Mark Kosobucki.

PITCH COMPETITION WINNER – Consulting package from Blood Oath*: 2 sessions/1 hour each to discuss the project and give development notes with the possibility of becoming a Blood Oath project. Plus a “Skullie” award designed by “Monster” Mark Kosobucki.

* Blood Oath is a curated group of like-minded, passionate experts in independent film, with an emphasis on genre filmmaking. For more information: https://www.jointhebloodoath.com